Richard L. Hartley was raised in a small cabin on the shores of Sebec Lake in rural Maine. There, Richard was home schooled during the early years and then later attended Foxcroft Academy in Dover-Foxcroft, Maine where he completed his secondary education.

After graduating from Foxcroft Academy in 1989, Richard Hartley went on as only the second student from his high school to attend Princeton University, where he earned a degree in Russian History.

University of Maine School of Law

Immediately following Law School, Richard became the resident prosecutor for Sagadahoc County. During his tenure as a District Attorney, Richard trained several law enforcement agencies through legal seminars he conducted on topics such as plea negotiations and cross examination.

As a Maine defense lawyer now in private practice, Richard knows what police and prosecutors look for in their efforts to make a strong case against an individual. He uses this knowledge to weaken the prosecution’s theories and give his clients a strong advantage.

Since 2002, attorney Richard Hartley has dedicated himself entirely to criminal defense. He has defended clients against charges of murder, manslaughter, sex crimes, robbery, embezzlement, drug trafficking, operating under the influence (OUI), operating after revocation (OAR), domestic assault, and a variety of other felony and misdemeanor charges in both state and federal courts. 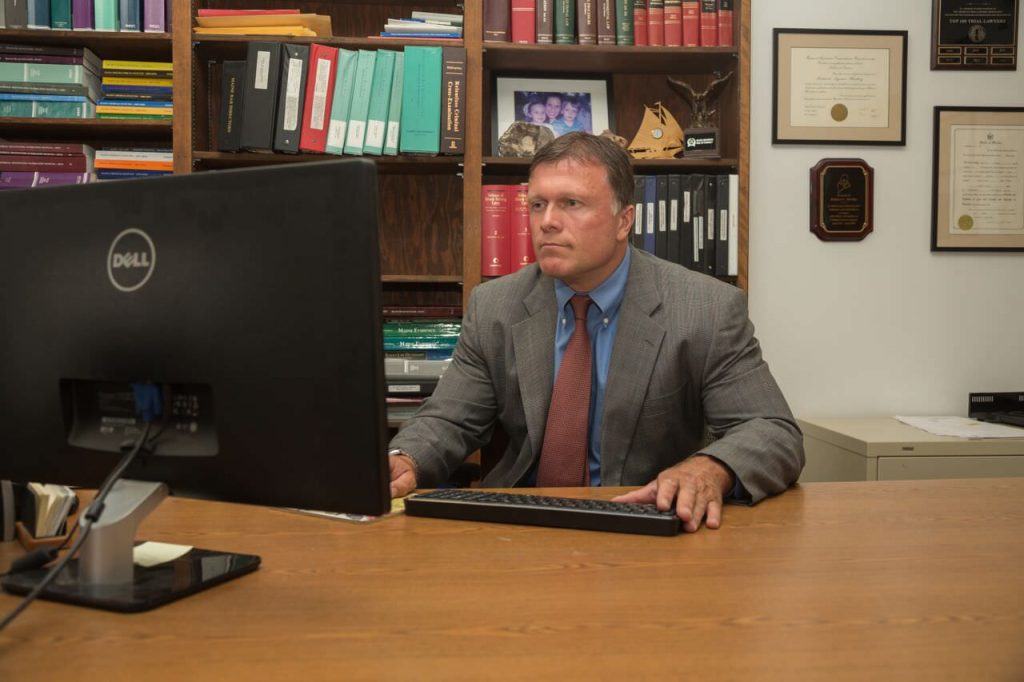 A lifelong Mainer, Richard Hartley has earned an excellent reputation as a criminal defense specialist practicing in Penobscot County and the greater Bangor Maine area and beyond. He has been a licensed attorney in good standing since 1997.

Richard is admitted to practice in all local courts in the state of Maine, as well as the Maine Supreme Judicial Court, the United States District Court for the District of Maine and the United States Court of Appeals for the First Circuit.

Committed to criminal defense, Attorney Hartley served on the Board of Directors for the Maine Association of Criminal Defense Lawyers (MACDL). He was elected first as the Vice-President and then as the President of MACDL, Maine’s voice for its criminal defense bar.

Richard is also a member of The National College for DUI Defense, where he gains relevant insights into the science of drunk and drugged driving defenses.

Richard has taken the Operator’s Course and successfully completed the same training police receive for operation of the Intoxilyzer 8000, the breath-alcohol testing machine used in Maine OUI cases.

In 2009, Richard was honored by his selection as a Top 100 Trial Lawyer by the American Trial Lawyers Association – an honor he has received for each year since.

With over 20 years in Maine’s legal system, Richard’s reputation as an experienced trial attorney benefits all clients equally; whether you seek to negotiate a favorable plea or take the case all the way to trial.

Richard Hartley established Hartley Law in Bangor, Maine in 2004 for the sole purpose of defending individuals against criminal charges filed in Maine.

The law firm’s office is located directly across from the U.S. Post Office in downtown Bangor. Whether you come to our office or contact us here online at our website, you’ll find we focus on serving:

Richard Hartley is a savvy negotiator who works tirelessly to find optimal solutions to the serious legal problems his clients face. He is widely regarded as one of the top OUI defense lawyers in Maine and has helped countless individuals successfully defend against impaired driving offenses.

Our law firm focuses exclusively on criminal defense work. If you have been accused of a criminal offense by the state of Maine, we may be able to help: Call us at 207-941-0999. Attorney Hartley offers a free initial consultation by phone or by appointment.

Operating or Driving a Vehicle Under the Influence of Alcohol and/or Drugs.

Commercial Drivers charged with Operating Under the Influence.

Operating a Vehicle After License Revocation or Suspension.

Drug offenses including Under 21 Possession of Marijuana.

We represent individuals who qualify for deferred dispositions, as well as persons seeking help with conditions of probation.

Attorney Richard Hartley takes a personal approach to each and every client he represents. He can meet with you after hours or on weekends whenever appropriate and necessary.