OUI can be committed by operating a motor vehicle, or attempting to operate a vehicle if you are impaired to the slightest degree by alcohol or drugs; Or if your blood or breath alcohol level is .08% or higher.

Maine uses the Intoxilyzer 8000 to attempt to show that the operator has a BrAC of .08 or greater. This number reflects the amount of grams of alcohol per 210 liters of breath.

If the state prosecutor can prove a driver’s blood-alcohol result was over the legal limit of .08%, they do not need to submit further evidence proving actual impairment.

However, it is up to the fact-finder/s to decide whether prosecutors proved, beyond a reasonable doubt, that your BAC was what they claimed it was. *See OUI Defenses below.

Because Maine OUI laws prohibit driving while impaired to any slight degree, the state can charge you at any BAC level and attempt to prosecute you with evidence of impairment other than chemical tests, such as the arresting officer’s report and testimony.

A growing number of OUI charges are occurring where police claim the motorist was driving under the influence of drugs. Increasingly, the intoxicant is marijuana or a prescription drug. This is commonly known as a drugged driving charge.

If you need an experienced Maine DUI attorney, contact our law office now. Attorney Hartley can talk with you about your charges during a free initial consultation.

Maine OUI laws enable prosecution for a mixture of DUI drugs and alcohol or drugs alone. Police need to have a reasonable suspicion that you were driving under the influence of an intoxicant drug before detaining you for testing.

Oftentimes, the arresting officer will call a Drug Recognition Evaluator (DRE) to the scene in order to establish probable cause for a drugged driving arrest. You may then be asked to submit to a urine or blood test.

Read further information on the DUI drugs offense and potential penalties in Maine.

In Maine, first offense OUI and second offense OUIs are Class D misdemeanors in most cases.

An OUI may be considered a felony in Maine if it is a third offense or an OUI with serious bodily injury.

If you have two prior convictions for OUI within the past 10 years, a third offense will be charged as a felony in Maine.

Penalties for an OUI First Offense in Maine

An OUI charge will trigger two separate proceedings: (1) A criminal prosecution before the Court and (2) An administrative driver license suspension proceeding before the Maine Bureau of Motor Vehicles (BMV). 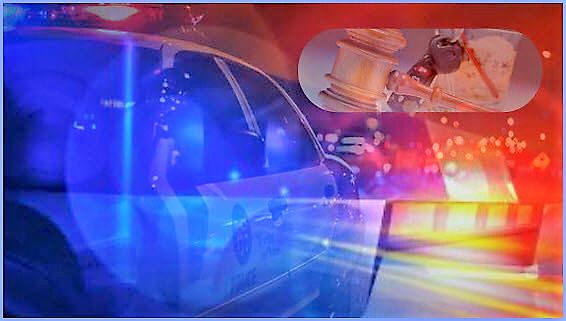 The potential penalties upon conviction of a first offense OUI without aggravating factors are:

If you refused to submit to a breathalyzer test, you’ll face additional penalties of:

The BMV will quickly send you a letter notifying you of your pending driver’s license suspension. Out of state drivers will also receive this letter, but they are put on notice that their right to lawfully operate a vehicle inside the state of Maine will be suspended.

Driving After a DUI

Can I still legally drive after my arrest for DUI?

Furthermore, if you did not refuse a chemical test, your request for a BMV Hearing will delay an administrative suspension.  Note that your bail conditions after a DUI arrest likely required abstaining from alcohol altogether.

To avoid a full suspension of your driving privileges, you must request a BMV Suspension Hearing through the Secretary of State’s Office within 10 days of the notice date!

You can be represented by a Maine OUI defense attorney at this proceeding. The Hearing Officer will decide what happened by looking at which side’s evidence is more likely to explain what occurred.

If you do not prevail at this hearing, you will receive a 150-day license suspension (or suspended privilege to drive in Maine if out-of-state).

Depending on the specifics of your case, this suspension can run in addition to a court-ordered suspension, if convicted in the criminal case. It is possible to reduce your suspension time through the ignition interlock program and in some cases, a work-related license may be available.

A commercial driver faces very strict impaired operation enforcement. If you have a commercial driver license (CDL), the legal limit is only .04%. This is a very low percent and almost any amount of alcohol can lead to a driver being over the limit.

Truck drivers who are charged with DUI / OUI in Maine will face a tough choice: Either challenge the charges in court and win a dismissal, or face revocation of their CDL. Commercial rules are such that you could even lose your license for getting an OUI in your private vehicle.

If you are a professional driver who has been charged with a DUI, you know that a conviction can dramatically alter your life as it could end your driving career.

It is imperative that you do everything in your power to protect all of your interests and fight against a CDL OUI conviction. Call Hartley Law now: (207) 941-0999.

In a court proceeding for OUI, the prosecution has to meet the highest standard of proof to reach a conviction: Beyond a reasonable doubt.

As an OUI lawyer in Maine, I can raise defenses and cast doubts in several areas of the state’s case against you, including:

I may also be able to identify mitigating factors that could keep the OUI off of your criminal record. To secure this and other desired results, you need an experienced OUI lawyer skilled in both plea negotiations and trial litigation.

Bangor OUI attorney Richard Hartley is just one of 7 lawyers in Maine who has been accepted into The National College for DUI Defense. The College furthers education into the science behind OUI and allows defense lawyers to maintain their expertise in breath, blood and urine testing for DUI.

It is important to understand that an arrest and test does not prove guilt. Hartley Law has proven time and again that there is life after a DUI charge in Maine. Do not judge yourself and just plead guilty.

Instead, contact one of the best Maine OUI lawyers at Hartley Law and arrange for your free consultation today: (207) 941-0999