Driving Under the Influence of Drugs in Maine

Under Maine’s driving under the influence laws, impaired operation can be related to drugs, alcohol, or a combination of both. The criminal offense is one and the same: Operating Under the Influence of intoxicants; also called OUI, DWI or DUI. Furthermore, drugged driving can be induced by prescription medications, over-the-counter medicines or street drugs.

A first or second OUI Drugs within 10 years is charged as a misdemeanor in Maine.

A third offense is a felony crime.

A DUI of drugs and/or alcohol involving serious injuries to another is almost always charged as a felony, regardless of prior offenses.

At the time of this writing, there is no presumption of guilt based on any specific measurement of drugs in your system. This is in contrast to blood-alcohol levels, where the legal limit is currently set at 0.08.

It is important to understand that any substance that can affect your nervous system or your ability to drive will qualify as a drug under Maine’s DUI laws.

Essentially, the law allows drivers to be prosecuted for being under the influence of any chemical or drug that affects your ability to operate a motor vehicle, however slightly.

Police investigating a driver suspected of operating under the influence of drugs will often request a blood test. However, before the arresting police officer can lawfully request that a driver submits to a blood test, they need to have probable cause.

A drug DUI blood test is a form of search. The Constitution protects individuals from unreasonable searches by the government of their property or person.

Your constitutional rights may have been violated if police demanded a sample of your blood without probable cause to suspect you were driving under the influence of drugs or a combination of drugs and alcohol.

Maine OUI law states that if a driver has a trace of any controlled substance in their blood or urine, the test result can be considered and weighed with other competent evidence in an OUI case. In other words, the drug DUI blood test cannot be the sole evidence used.

One reason the law doesn’t allow a conviction based on a DUI blood test alone is because there are no scientifically backed intoxication levels for a particular drug or category of drugs.

This makes proving that you were impaired by a drug more difficult for state prosecutors. Other defense factors your OUI defense lawyer can challenge include:

Under the Marijuana Legalization Act, individuals 21 and older can lawfully possess, grow and transport cannabis in Maine within specified limits. However, driving under the influence of marijuana is always illegal.

As with alcohol, consumers of marijuana in Maine must be at least 21 years old. If you are underage and get charged with OUI of Marijuana, you might be facing other cannabis related violations.

Illegal Transportation of Drugs by a Minor

In addition to an underage DUI, drivers under 21 can be cited for unlawful transportation of drugs, such as marijuana, in the vehicle they were driving.

If you are found responsible for this civil violation, the penalty for a first offense is a maximum $500 fine, plus a 30-day driver’s license suspension.

If you are under 21 and pulled over for DUI, you could also be cited for a civil violation of underage possession of marijuana. The fine is from $350 to $1,000, depending on whether you have prior offenses.

Important: A civil marijuana violation on your record can make you ineligible for federal student loans. It is recommended you hire a criminal defense specialist to represent you so your case is resolved in a way that will not hurt your future. 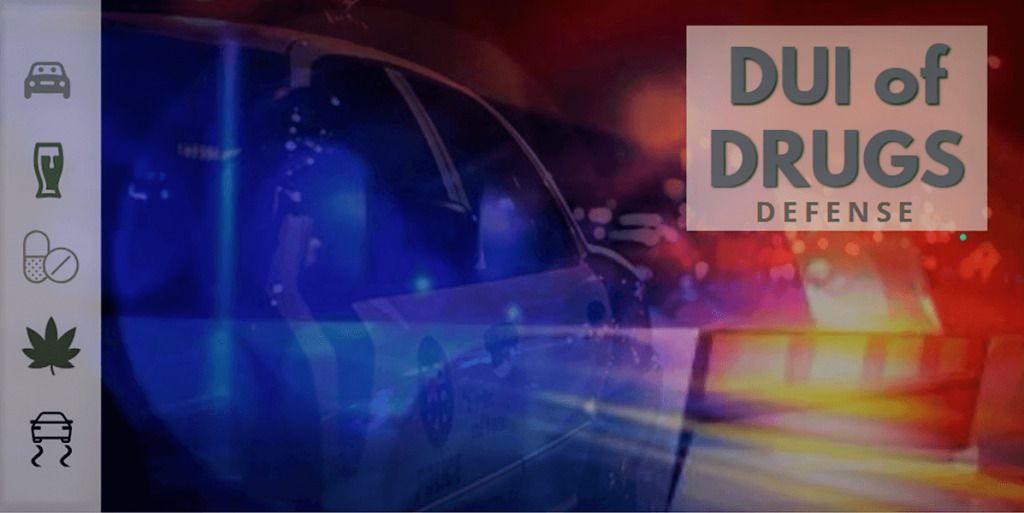 Driving while taking prescription drugs is an increasing offense charged by police in Maine. People mistakenly believe that DUI laws don’t apply to legally prescribed drugs. In fact, driving under the influence of drugs includes prescription medication and even over-the-counter medicine.

If you were pulled over on suspicion of OUI with little or no alcohol involvement, you were likely subjected to a battery of field sobriety tests (FSTs). These tests are highly subjective even though they are used to support probable cause for your arrest.

A defense lawyer trained in FST procedures can challenge the officer’s administration of the tests as well as how you were scored on them.

If you have a medical condition that caused you to fail and/or perform poorly on the Field Sobriety Tests, your defense attorney may be able to discredit their results.

In addition to FSTs, you may have undergone a drug impairment assessment. The assessment is conducted by a certified “drug recognition” officer who attempts to predict which class of drug you were allegedly impaired by.

The officer then orders a chemical urine or blood test to confirm their prediction. If you refuse to give a sample for this test, you will be in violation of implied consent laws and your driver’s license will be immediately suspended for 275 days.

If the blood test is confirmed for a category of drugs, the Bureau of Motor Vehicles is notified and your driver’s license (or driving privileges if you are an out of state driver) will be suspended; unless you successfully challenge the result before a BMV Hearing Examiner.

Defend Against Your Drug DUI Charges

People facing OUI of drugs wrongly believe the case against them is so strong, guilt is a forgone conclusion. That is simply not true.

When you hire an experienced trial defense attorney, prosecutors know they’ll face an uphill battle to reach a conviction. As a result, there may be opportunities to negotiate a favorable plea deal that results in the DUI – Drugs charge being dropped.

Remember that the prosecution must prove, beyond a reasonable doubt, that you were driving while intoxicated in order to reach a guilty finding. The mere presence of a drug or drug metabolite in your system does not meet this standard of proof.

An arrest and test does not equal guilt. There are many strong defenses to drugged driving charges that may be available to you.